Ooh, what a big, wet day. I knew today was going to rain but that didn’t mean I had to like it.

I woke up early and was out of the driveway by 7. 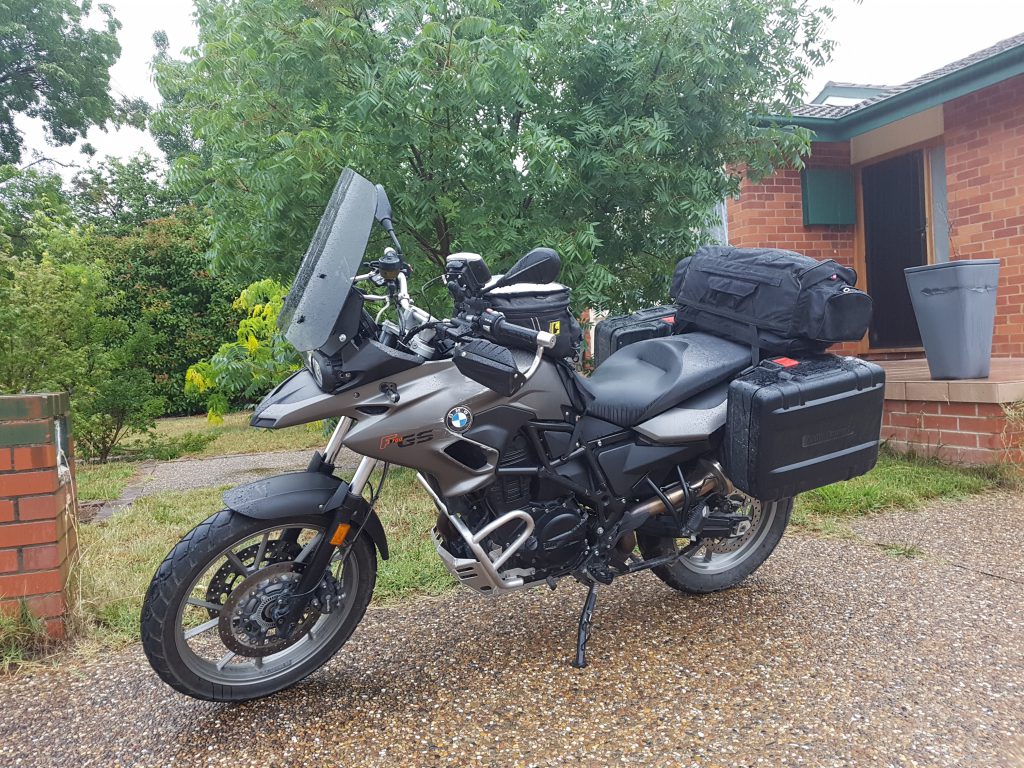 Packed and on the road by 7

This is what the radar looked like as I left – definitely rain all over the place:

Rain, but mostly on the way to the coast

I went to Goulburn (in light rain), got a photo of this handsome dude: 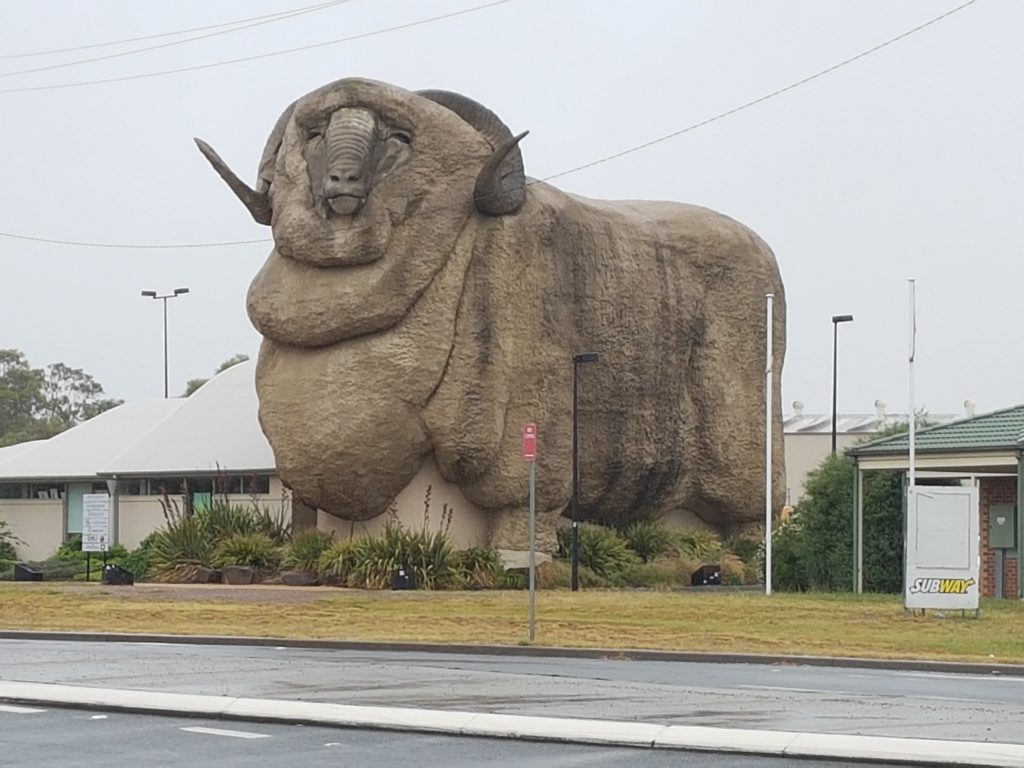 and went to mum’s for a cup of tea. Nothing leaking yet!

Then I went to Robertson (mostly drizzle), got a photo of what has been apparently rated the worst big thing in Australia: 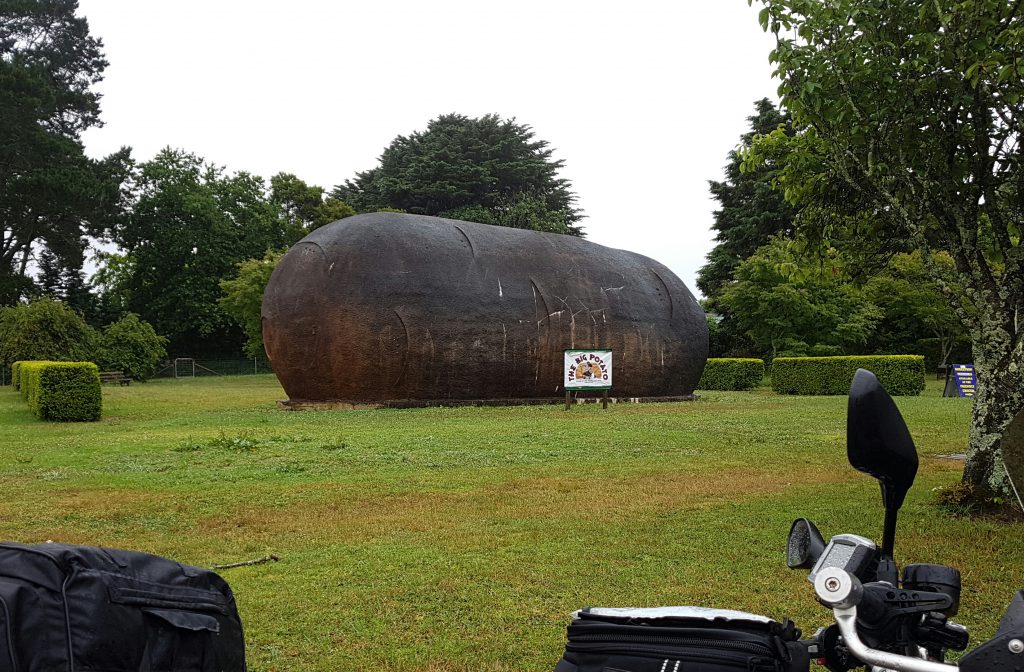 and had a coffee (where a local asked me why I riding as far as I can in 4 days…).

I rode from there to Pheasants Nest (no rain until the last 10 minutes, when it started bucketing down), got fuel and checked the radar. I could see a storm coming just north, so sat in a shelter for about an hour, where I had a nice chat with another rider and was offered a lovely cup of tea from some Canberra folks heading North too.

When I left, this is what the radar looked like (I’m the purple dot just beneath the mass of rain) but I wasn’t goin to stay there all day: 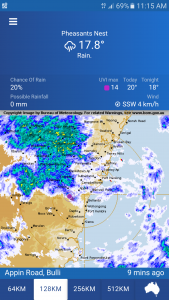 Yes, I’m riding North (at least I was going North-West, not North-East)

The next hour and a half was about the most unpleasant riding I’ve ever done. The freeway wasn’t too bad, but sitting in traffic on Pennant Hills Road in heavy heavy rain was just awful. I was starting to feel cold in the crotch but told myself that me gear wasn’t leaking, it was just cold because water was pooling on my seat.

But I finally cleared the traffic, and cleared the rain for a while and went and visited these handsome folks at the Australian reptile park: 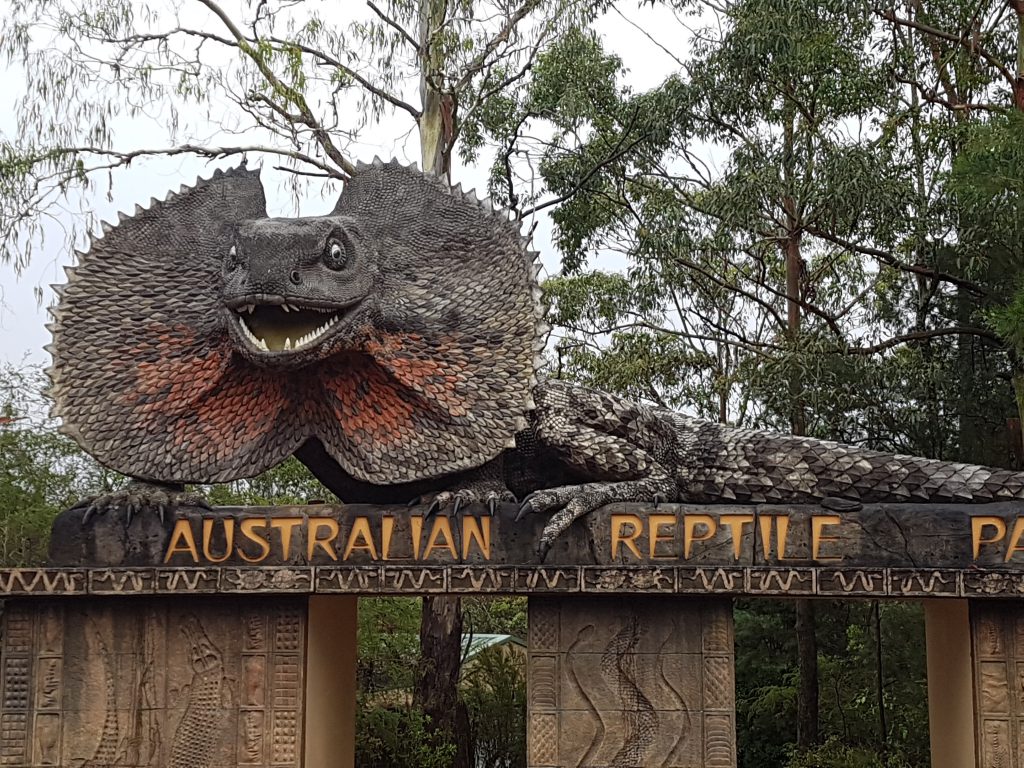 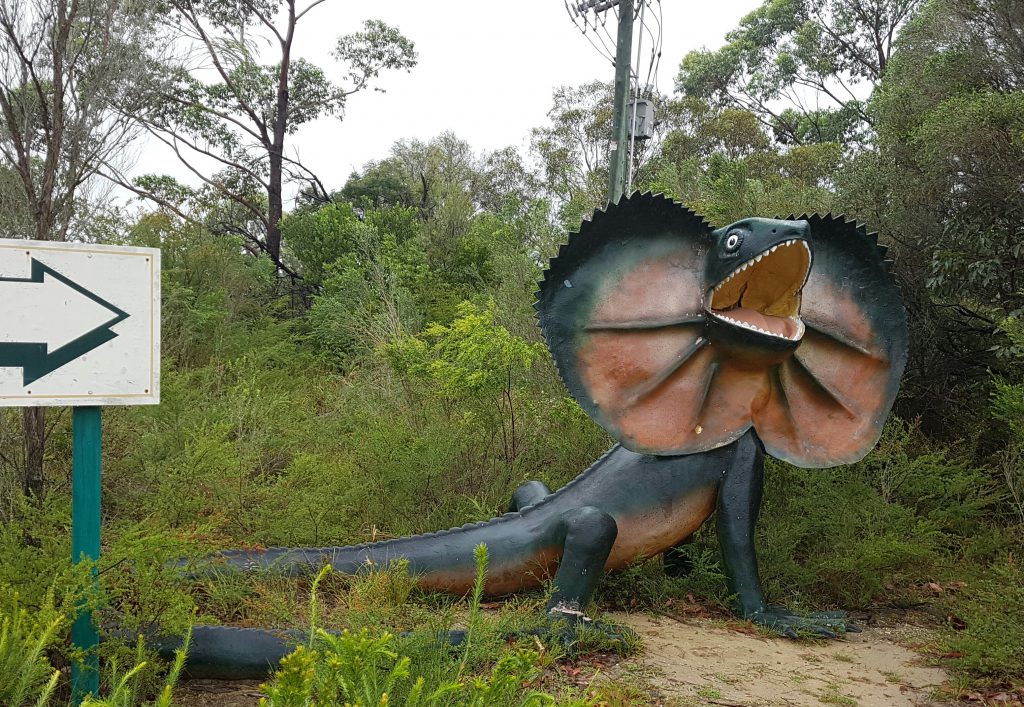 A while up the road I fueled up, emptied out and discovered that yes, my waterproof pants were leaking (I have never met a pair of waterproof pants that didn’t leak in the crotch). But my jacket and shoes were OK, and my gloves had held out until I put my hands down and all the water ran down my arms.

Then a good, though rainy, run to Singleton until my GPS couldn’t find the hotel and I drove around town (in driving rain) looking for it. But I did spot my target big thing for tomorrow. Finally found the hotel, and a pub for dinner: 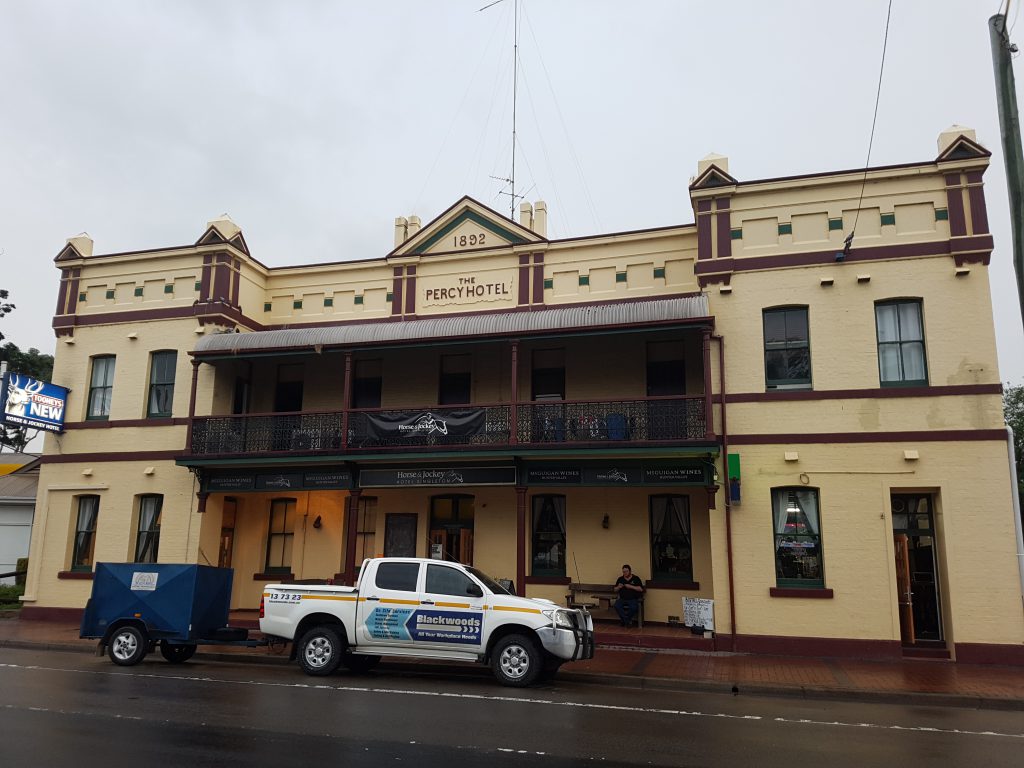 Now just to see what I can get dry for tomorrow. My soft luggage is a bit damp inside, my tank bag is drenched, my pants are soaked, my jacket is soaked on the outside layer and both pairs of gloves are dripping wet. But my boots and socks are fine, and everything in the hard panniers is fine.

2 Responses to The Big North: Day 1