Then I found a bakery with gluten-free bacon and egg rolls, and was on the road by 7.

The morning was spent riding through the Hunter Valley, with 3 big things to find:

That was the end of the big thing plan for the morning – next was to hit some motorbike roads. And to do that I had to jump on the New England Highway for a short distance. So I rode up the ramp, joined the highway, noticed a 90km/hr sign, noticed the police car opposite, noticed the police car pull out after me. After a polite discussion about how it is very hard to tell that a highway is 90 when it is a big, new, 2-lane with wide shoulders, I was on my way (oh, they got me at 17 over – which is a lot. But not a lot given it looked like every other highway that is 110).

Next up was Bucketts Way, which runs between Raymond Terrace and Gloucester. It’s a very pretty country road, with an unfortunate number of potholes.

At Gloucester I stopped briefly before joining Thunderbolts Way, which is about 150km long from there to Walcha. This is a super-pretty road through great scenery. It’s a weird combination of stunning sweepers on great pavement and nasty, tight, patched corners. It’s very unpredictable, and I bet more than one rider has been a victim to it. But, pretty:

Lunch in Walcha, where there isn’t a big thing, but they do have a nice sculpture:

The next road was the Oxley Highway, which, from the map looked like a nice, curvy highway. I thought it would be a pretty, but relaxing stretch after the Thunderbolt.

Haha. LOL. After an initial straight stretch, the bulk of this road is about 60km continuous 25-45km/hr curves. And it’s in perfect condition. With little traffic. OMG. My favourite motorbike road in Australia. I need to re-do this not tired and when it is not drizzling the entire way. 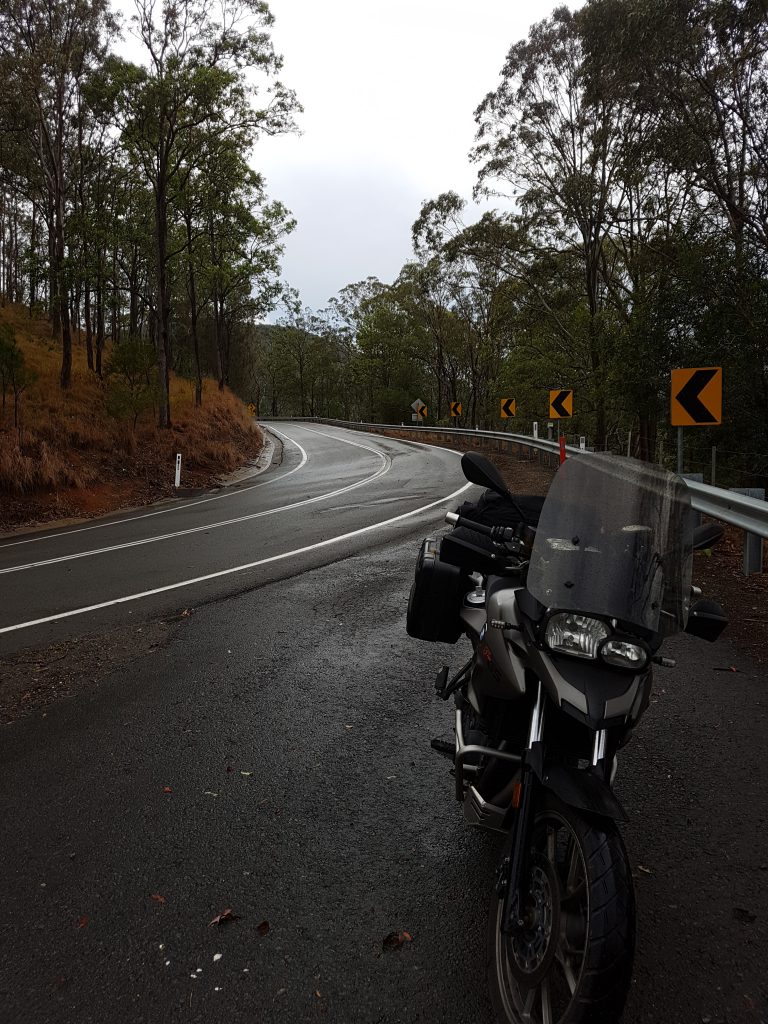 After all that excitement, it was time for one last big thing before  calling it a day. The poor fellas at the bowling club were laughing at me as much as I was laughing at their ball.

Then from there up the highway to Nambucca Heads, where I found a hotel next to an RSL, which is perfect.

All up, not much Northward progress today, but 5 big things, 3 motorbike roads and 630km is still a pretty good day.